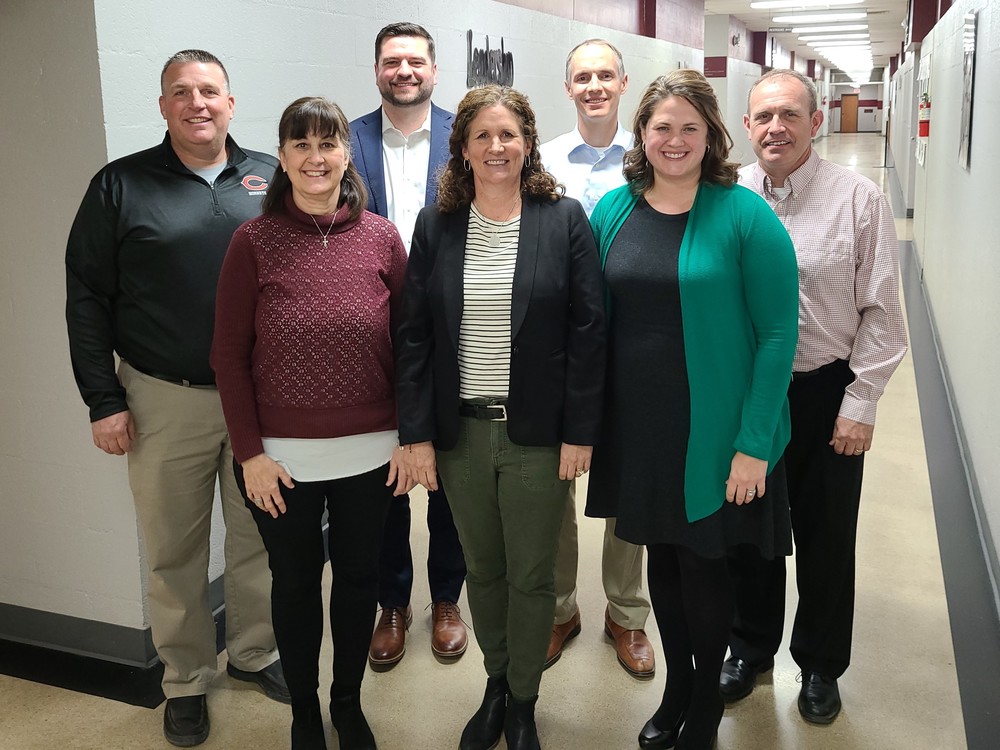 The Chillicothe R-II Board of Education reorganized Tuesday, April 20, 2021, during a regular meeting held at the Grand River Technical School in Chillicothe. During the process, the Board recognized Paul Thomas, who officially retired from the Board after serving 12 consecutive years. New Board member Mitch Holder, of Chillicothe, was later sworn-in, along with incumbent Lindy Chapman. Both members were automatically elected to the Board as there were only two candidates for the two available seats.

The Board also elected new officers Tuesday night. Officers for the newly-organized Board are: Lindy Chapman, president; Clint Williams, vice president; Bill Hayen, treasurer; and Laura Schuler, secretary. All officers were elected by unanimous vote. After being elected president, Lindy Chapman presented a plaque of appreciation to outgoing president, Lauren Horsman, who has served in that capacity since April 2019.

“We are grateful to Paul Thomas for his many years of service to the Board of Education and to Lauren Horsman for her leadership over the past two years,” Superintendent Dan Wiebers said. He added, “Serving as a school board member requires time and energy and the district staff appreciate their three-year commitment to bettering public education in the Chillicothe R-II School District.”

Pictured below is past president Lauren Horsman presenting a plaque of appreciation to outgoing member, Paul Thomas. 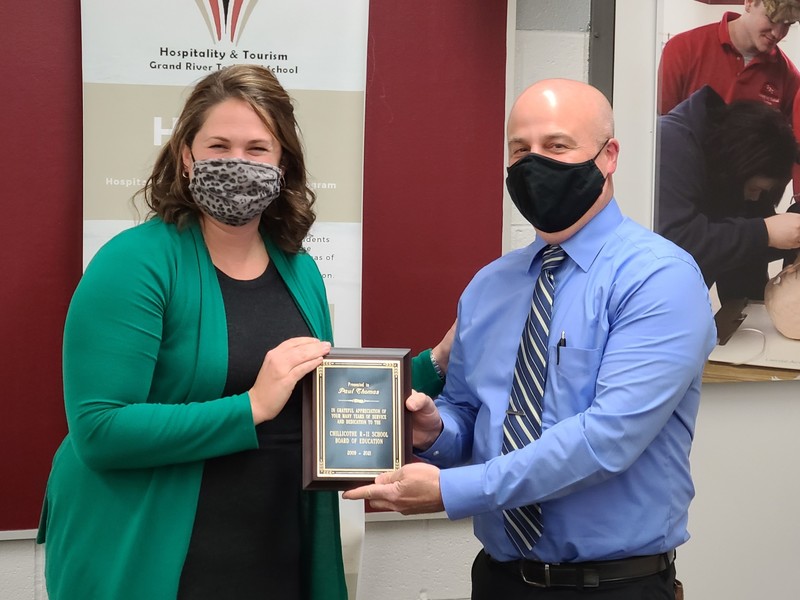